My youngest cousin Wayne came over from HK for an English tour over 4 weeks. In fact, he is heading home today. It was a bit of all roller coaster ride with the course he enrolled in. But all in all, I think it was still a good experience and I hope he takes some fond memories back with him. Don't want to critic here... If you don't understand what I am talking about and you are interested or planning to go for such a tour, please write to me.

On Day 2, we went down to South Bank and saw this sword swallowing contortionist performing on the street. We stopped to look (and did the right thing to award the talented performer at the end). I little google reviewed the identity of the contortionist - Aerial Manx


WARNING: Unless you are Aerial Manx, don't do this! 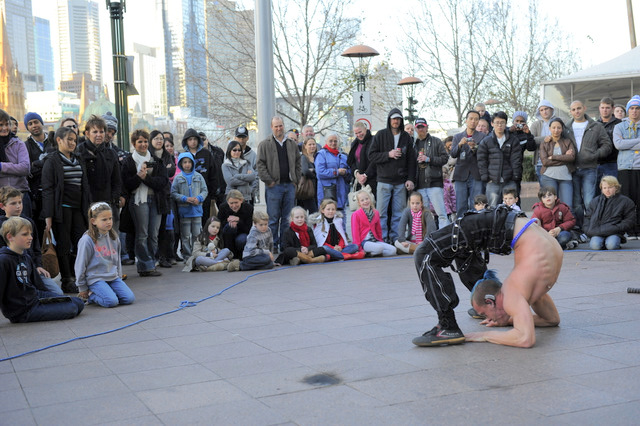 Running around, I am serious, he was running, on all four up-side-down! See the girl holding on her knees, some ran away scared as he approached. :P 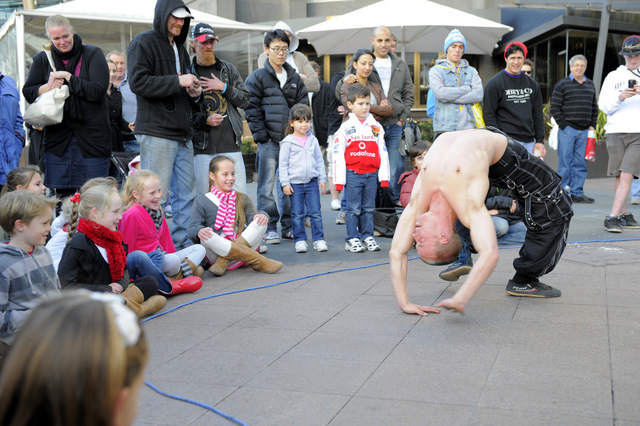 Fitting through 2 tennis racquets. The grommets actually put lots of marks on Aerial's back. Looked painful. And the rings... Aerial did warn us about the rings... 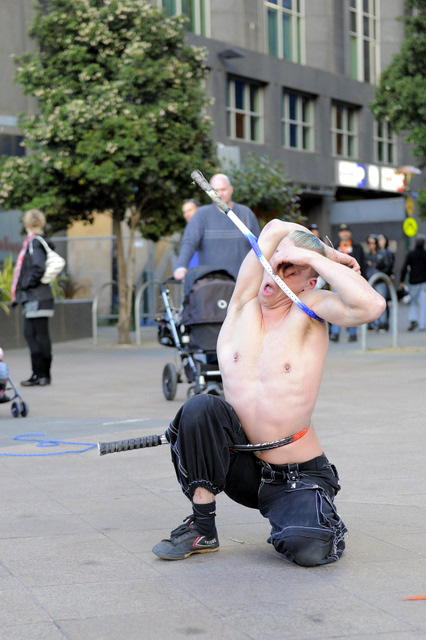 Thank you very much Aerial for posing to the photographer! :D 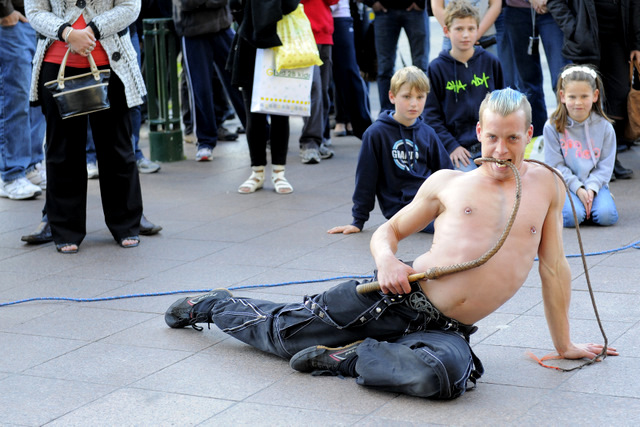 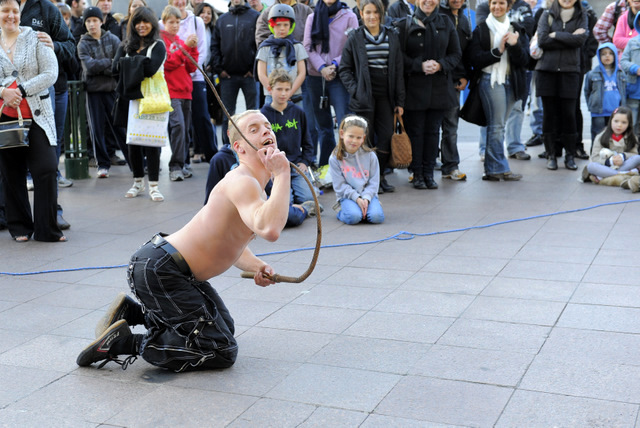 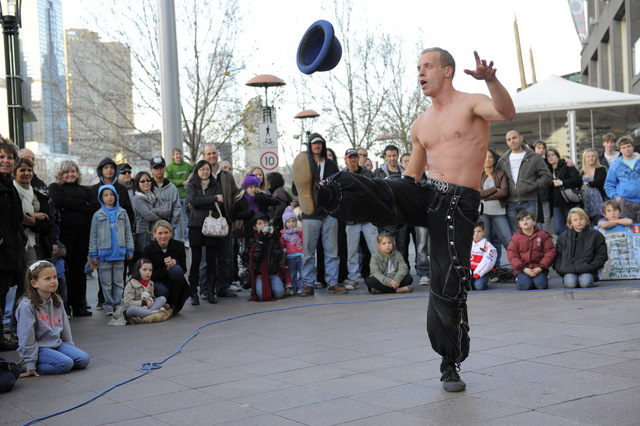 Next up is the sword swallowing act. It is a real sword. Unbelievable! With the sword all the way down the throat, he juggled three flaming torches as well. 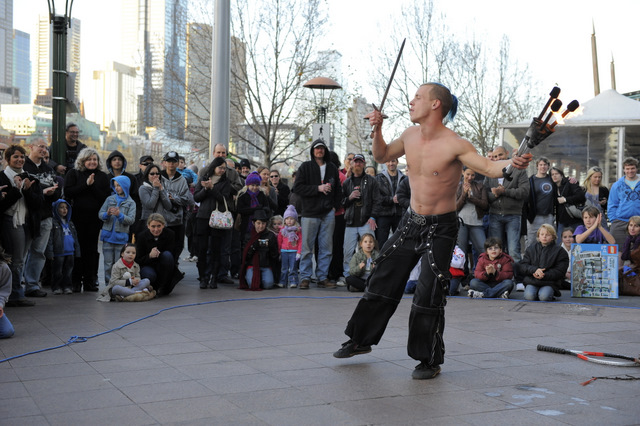 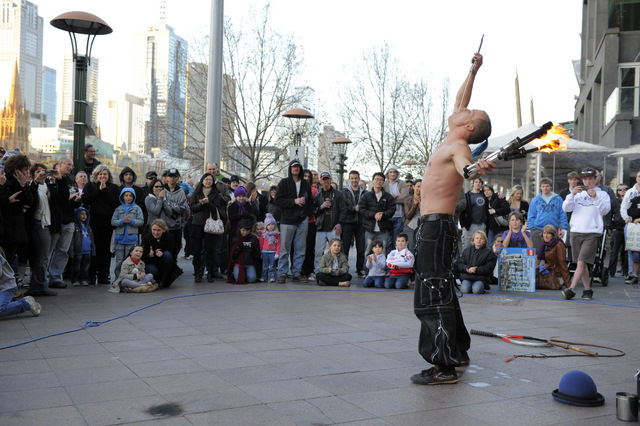 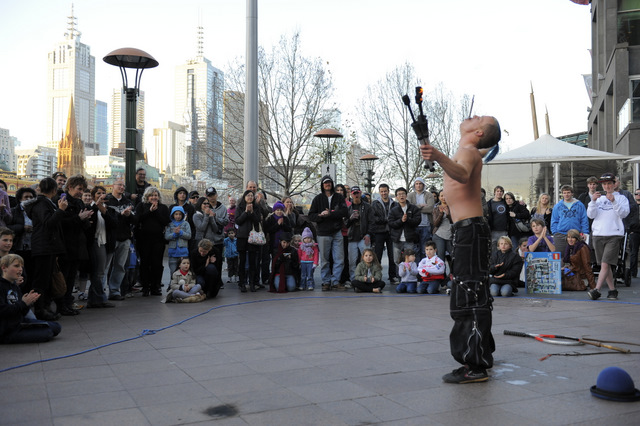 To add to the drama, the fuel on the torches ran out and he had to bend down and refuel and light them up again. Amazing mate! 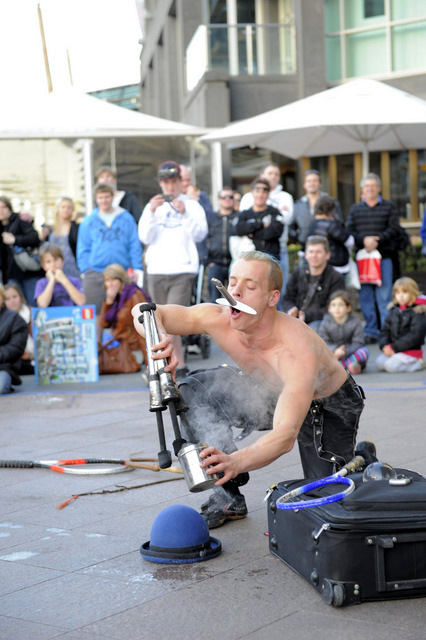 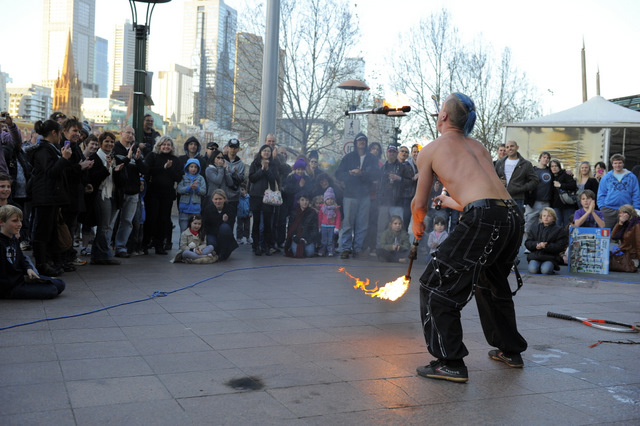 Here is Aerial Manx performing on Hey Hey It's Saturday. I reckon his ball skills rivals that of Lionel Messi of Barcelona!

Last but not least at Australia's Got Talents where he demonstrates sword swallowing and doing cartwheels. He survived. Speechless! XO


WARNING: Unless you are Aerial Manx, don't do this!
Posted by David Ng at 1:48 PM